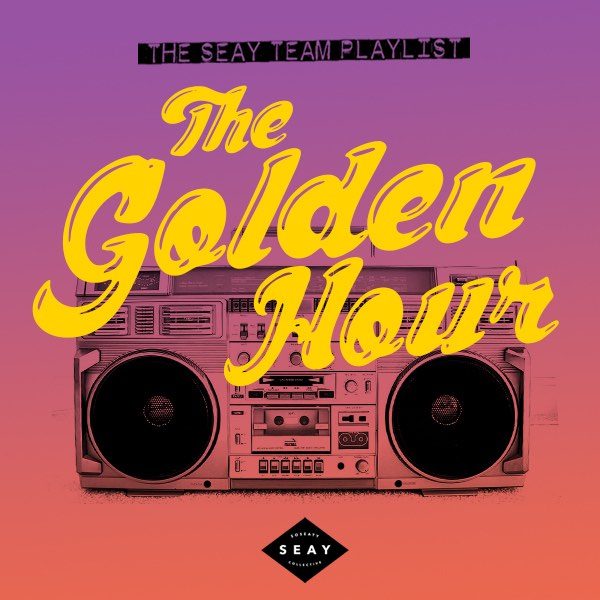 THE GOLDEN HOUR IS A MAGICAL MOMENT FOR THE MICROCOSM OF THE BEACH AND THEREFORE THE BEST TIME FOR A SURF SESSION FOLLOWED BY THE RIGHT MUSIC AND AN ICE-COLD BEER.

The golden hour is the period of daytime shortly after sunrise or before sunset, during which daylight is redder and softer than when the Sun is higher in the sky.

During this time the brightness of the sky matches the brightness of streetlights, signs, car headlights and lit windows. Also, during this period of time there are no sharp shadows because the sun has set (or hasn’t risen). The magic hour is actually closer to twenty or thirty minutes.

The golden hour is a magical moment for the microcosm of the beach and therefore the best time for a surf session followed by the right music and an ice-cold beer.

But it is not just a visual suggestion, the golden hour can give you a great physical and mental benefit. Research finds that spending time by the ocean is pretty good for your wellbeing. In fact, according to a study published in the Journal of Coastal Zone Management, people who live in homes with ocean views report feeling calmer than those without them.

So, it makes sense then that Hawaii has earned the ranking of happiest state in the U.S. by the annual Gallup poll six times since 2008, doesn’t it?

So what remains for us to do? Turn on bluetooth, click on the following link and enjoy your golden hour accompanied by some of the favorite Soseaty team’ songs.

If you don’t have an ocean at your fingertips … close your eyes imagining that you are sitting in front of a crackling fire on Maui beach.

ABOUT US
RE3 PROJECT
SUSTAINABILITY
BLOG